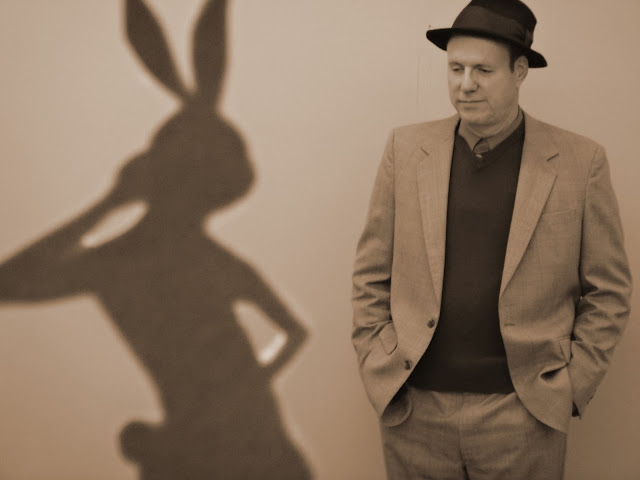 
Posted by Putnam County Playhouse at 11:42 AM 0 comments

"HARVEY" UP NEXT AT PCPH! 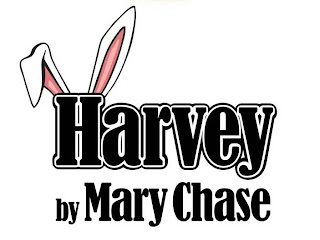 The Drowsy Chaperone has ended its run.

Next up on the mainstage will be the comedy Harvey. It will be presented September 12-14 and 18-21.

Harvey is sponsored by:

See "The Drowsy Chaperone" First, So You Can Tell Your Friends!!! 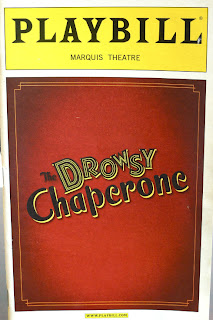 The 52nd season of Putnam County Playhouse continues with the musical “The Drowsy Chaperone.”  It will be on stage August 8-10 and August 14-17.  All performances begin at 8 p.m. Tickets can be reserved by calling the box office at 765-653-5880 during its regular hours 5 p.m. to 7 p.m. beginning Monday, August 5th. All seats are reserved and all seats are $10.

“The Drowsy Chaperone” book is by Bob Martin & Don McKellar with music and lyrics by Lisa Lambert and Greg Morrison.  It was nominated for thirteen Tony Awards in 2006, and won five.
The production is sponsored by First National Bank and Shuee’s Furniture and Mattress.

This production is being directed by Shelly McFadden. Shelly directed “The Music Man” in 2011 and “Thoroughly Modern Millie” last season. Vocal director is Ric McFadden (who also appears in the show briefly). Ric has appeared in many shows at PCPH including “Camelot” (twice) and “I’ll Be Back Before Midnight.”   Marilyn Burdsall is music director and pianist for the show.  Marilyn has been the musical director or pianist for many shows including “You’re A Good Man, Charlie Brown”, “Man of La Mancha”, “Clue The Musical”, and “The Music Man.” The band includes Michael McClaine, percussion; Drew Brattain, bass; and Geoff Price, keyboards. Choreography is by Deb Grammel, who is an Assistant Adjunct Professor at DePauw where she teaches dance and movement.

At the top of the show, the Man in the Chair (Jack Randall Earles) tells us about his favorite musical, the 1928 production of “The Drowsy Chaperone.” As he plays the record, the musical comes to life in his living room. Earles last appeared onstage at PCPH in “See How They Run”. He also directed “Angel Street” earlier this season. Characters in the show include the bride-to-be Janet (Meghan Armitage) and her love struck groom Robert (Brad Sandy).  Sandy and Armitage appeared in leading roles together in “Bye Bye Birdie.” Handed the task of keeping them apart until the wedding are the best man George (Cameron Callan) and the Drowsy Chaperone (Julia Kapke). Callan played the title role in “You’re A Good Man, Charlie Brown” this season and has also appeared in “Camelot” and “Thoroughly Modern Millie.” Kapke is making her PCPH debut with “The Drowsy Chaperone.”

The wedding is to be held at the estate of the wealthy Mrs. Tottendale (Tammy Hunter) who is having trouble with her butler, Underling (Lee Reberger).  Hunter was in “The Curious Savage” last season and earlier played a major role in “Don’t Drink the Water”. Reberger is making his PCPH debut in this production although he is well known to Brazil audiences for his work at Community Theater of Clay County.  Other guests include a Broadway producer, Mr. Feldzig (David Roberts); his chorine girlfriend, Kitty (Sarah Bond); and the King of Romance,  Aldolpho  (TJ Tincher). Roberts is making his PCPH debut. Sarah appeared in “Thoroughly Modern Millie” and five other musicals at PCPH. Tincher appeared as Jack Manningham in “Angel Street” earlier this season.

The proceedings are further interrupted by a pair of Broadway gangsters (Troy Pierce and Dustin Bond) and a high-flying aviatrix (Ashlee Vitz). Pierce and Bond appeared together at PCPH in “The Music Man.” Dustin has also appeared in “Thoroughly Modern Millie” and “The Music Man.” Vitz was Guenevere in the 2011 production of “Camelot.”

Posted by Putnam County Playhouse at 11:42 AM 0 comments

Who Is Who in "The Drowsy Chaperone" Part Six

ROBERT MARTIN - He is engaged to marry Janet, but the whole situation becomes a mess when he puts on a blindfold and kisses a French girl named Mimi!


Posted by Putnam County Playhouse at 9:32 AM 0 comments

Who Is Who in "The Drowsy Chaperone" Part Five 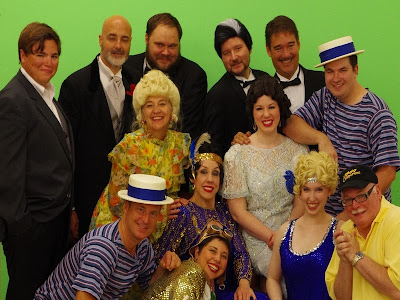 The Man in the Chair (Jack Randall Earles) is pleased to meet the some of the cast of his favorite show, the 1928 musical The Drowsy Chaperone. He would like to introduce them to you!


Posted by Putnam County Playhouse at 8:37 AM 0 comments

Who Is Who in "The Drowsy Chaperone" Part Four

VICTOR FELDZIG - producer of Feldzig's Follies. He has to find a way to stop the wedding of his star Janet so she won't quit show business!


Posted by Putnam County Playhouse at 9:59 AM 0 comments