Dustin Bond - with Upstage Award nominations for his performances in both On Golden Pond and The Odd Couple (Female Version) was the winner of the "Hammy" at the PCPH Annual Meeting held on Sunday, October 23.

The meeting was well attended.  In addition to Board Members, long time PCPH supporters Ken and Lynette Gwinn were there. They spent some time talking with PCPH President Michael McClaine about plans for 2017.

Upstage Award Nominee Eleanor Howard was there with her husband Brian who made his PCPH stage debut last August in 1776. Eleanor was nominated for her work in the musical Little Women.

Board members Beth Bax and Sandi Rossok discuss the reports and the past season.

Board members Ric McFadden and Dustin Bond talk about baseball!

Eleanor and Caroline discuss plans for the 2017 Children's Theatre Workshop and YTW.

Posted by Putnam County Playhouse at 11:02 AM 0 comments

You are invited to attend the Annual Meeting of the Putnam County Playhouse. It will happen on Sunday, October 23, at 3 p.m. in the Rehearsal Center of the Hazel Day Longden Theatre. Light refreshments will be provided.

The 55th season will be revisited. The committee chairs will give their annual reports. Board members will be nominated and elected. Come and be a part of the business side of PCPH.

The presentation of the 2016 Upstage Award - aka as The Hammy - will also take place.  This year, the worthy nominees are: 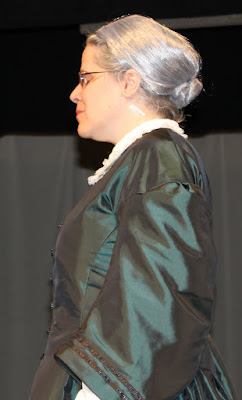 Miss Eleanor Howard for her portrayal of Aunt March in Little Women. 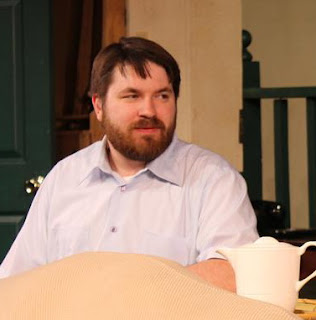 Mr. Dustin Bond as Charlie in On Golden Pond. 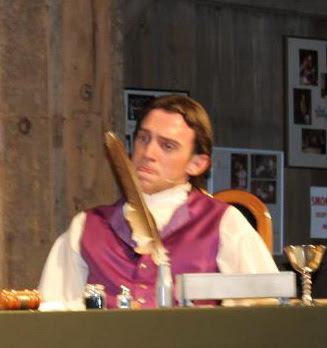 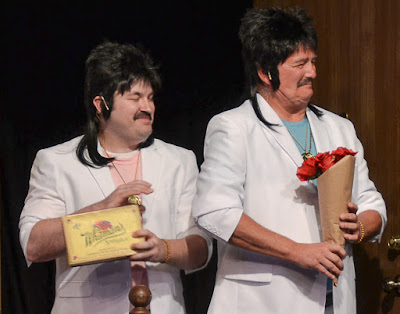 Mssrs. Dustin Bond & Ric McFadden as the Costazuela brothers in The Odd Couple. 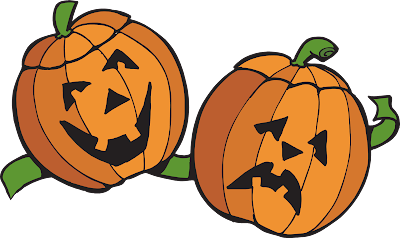 The season will open in June with a production of the Tony-Award winning musical Curtains. The show originally opened on Broadway on March 22, 2007, after its world premiere in July, 2006, at the Ahmanson Theatre in Los Angeles.

The book for Curtains is by Rupert Holmes, based on an original book and concept by Peter Stone. The music is by John Kander and lyrics are by Fred Ebb - the team responsible for such shows as Chicago and Cabaret.

Curtains takes place at the Colonial Theatre in 1959, during the Boston tryout of a new musical.  The inept leading lady is murdered, and a local detective - who just happens to be a musical theatre fan - has to find out whodunnit!

With both character and "show" songs, the evening is a hilarious combination of music and situations. There are roles for many performers, and Curtains is sure to be an audience favorite! It will be produced June 1-3 and June 7-10.

The laughs continue in July when Larry Shue's comedy The Foreigner returns to the PCPH stage. One of the most popular shows produced by community and professional theatres across the country, we are pleased to bring it back for you.

When Charlie Baker simply wants to be left alone on his vacation at a small town inn, his friend Froggy convinces him to pretend that he is a foreigner who can't understand English. The residents of the small town where he is staying all have secrets, and they have no hesitation about discussing them in front of Charlie - after all, he can't understand what they're saying.

Chaos reigns as Charlie changes the lives of everyone around him and finds love for himself as well.

The Foreigner offers many comedic roles for performers and will be produced July 13-15 and July 19-22.

Watch out for the neighbors! They're spooky and they're kooky - it's The Addams Family the musical. In August all of the familiar faces will be front and center onstage at the Hazel Day Longden Theatre.

The show opened on Broadway in April 2010. It was nominated for two Tony Awards. The Addams Family music and lyrics are by Andrew Lippa with a book by Marshall Brickman and Rick Elice. It is based on the comic strip created by Charles Addams.

Daughter Wednesday Addams has a new boyfriend, and the meeting between the two families results in hilarious consequences for everyone - living and.....not living.

Roles for performers include Morticia, Gomez, Pugsley, Grandma, Lurch, Uncle Fester, Grandmama, and Wednesday. There is a large ensemble as well as the "normal" Beineke family.

The Addams Family will be produced August 10-12 and August 16-19. The musical is a PCPH premiere.

Our season closes with Laughing Stock by Charles Morey. This comedy is about a season of summer stock in a barn theatre - much like our own Hazel Day Longden Theatre.

The rehearsals and performances of the season with all their hilarious consequences provide the laughter for everyone. There are roles for many performers.  And it might be hard to tell where the show begins and reality ends.

Laughing Stock is a PCPH premiere and will be produced September 7-9 and September 16-19.

Directors and audition dates for all shows will be posted here in January, 2017.

Join us in the audience or onstage for our Season of Laughter!