The Bard will take the stage again at Putnam County Playhouse as the SHAKESPEARED! Workshop presents two versions of Shakespeare's tale of mistaken identity The Comedy of Errors. The final results will be on view on Saturday, June 29, at 7 p.m. Tickets will be available only at the door. All tickets are general seating and will be $3. Chldren under twelve will be admitted free.

Sponsor for the production is Shuee's Furniture and Mattress.

Program director and creator Caroline Good is at the helm of the older group of performers. They include Ethan Gill, Logan Beck, Lucas Eckrich, and Dylan Bodnarick as the two sets of twins. Libby Brush, Joe Lippard, Chloe Maginity, Samantha Flanelly, Madi Egold, Dominique Lafontant, Alex Briones, and Blayne Lackey are also in the cast. 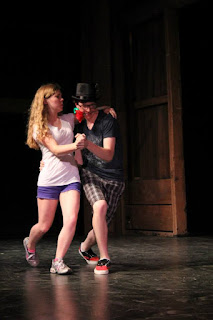 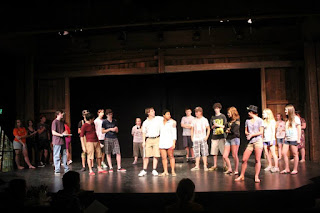 Working on the technical side for the older group are TJ Tincher, assistant director; Lauren Good, lighting design and operator; Emma Bodnarick and Emma Newton on sound. Good is also assisting Lily Bonwich as costume coordinator.

Bethany Bax is directing the middle school group. Appearing as the two sets of twins are Donovan Asbell and Addison Hughes, and their counterpoints Karl Egold and Ben Parsons. Other major roles are being taken by Michael Thede, Jevor Stouder, Corinne Buchanan, and Susanna Howard.

The backstage crew for this production are Cecily Girton and Ragan Bax. Tincher, Eleanor Howard, and Ashlee Vitz are assistant directors.

Not sure what the plot of the play is? Click HERE to learn about The Comedy of Errors in just about a minute or so.
Posted by Putnam County Playhouse at 5:46 PM 0 comments

CAST ANNOUNCED FOR "THE DROWSY CHAPERONE"

To find out who is who in The Drowsy Chaperone

Sponsored in part by:


Posted by Putnam County Playhouse at 12:20 AM 0 comments 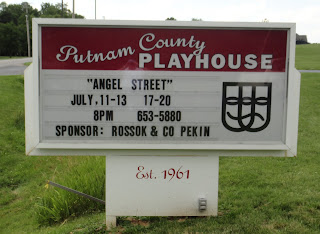 Tickets for the Victorian Thriller Angel Street will go on sale Monday, July 8, at 5 p.m.

The show is sponsored by Rossok & Co. -  Pekin Insurance.


Posted by Putnam County Playhouse at 10:01 AM 0 comments

CLICK THE TITLE TO WATCH THE CHARLIE BROWN PROMO! 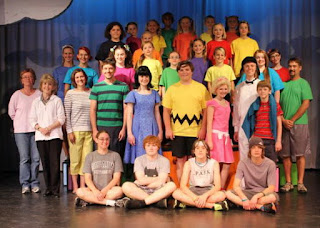 YOU'RE A GOOD MAN CHARLIE BROWN

Posted by Putnam County Playhouse at 12:34 AM 0 comments

Board members, guests, and the cast of You're A Good Man, Charlie Brown spent two hours on Sunday afternoon, June 2, at the Hazel Day Longden Theatre opening the new season of Putnam County Playhouse.

House Committee Chairperson Kathryn Dory and First Vice President Jack Randall Earles worked in the Box Office, helping patrons with single session and season tickets. Board member Jim Green joined them, and a total of 15 season tickets were sold and more than 150 single tickets for You're A Good Man Charlie Brown were sold as well.  Tickets are still available for every performance, but reservations are recommended!

PCPH President Michael McClaine worked the punch bowl and greeted guests as they arrived. He later presided over the monthly board meeting.