SEE YOU NEXT SEASON!!!

Thanks for your continued support!  We appreciate our audiences and all those who participate onstage and off during the season!! 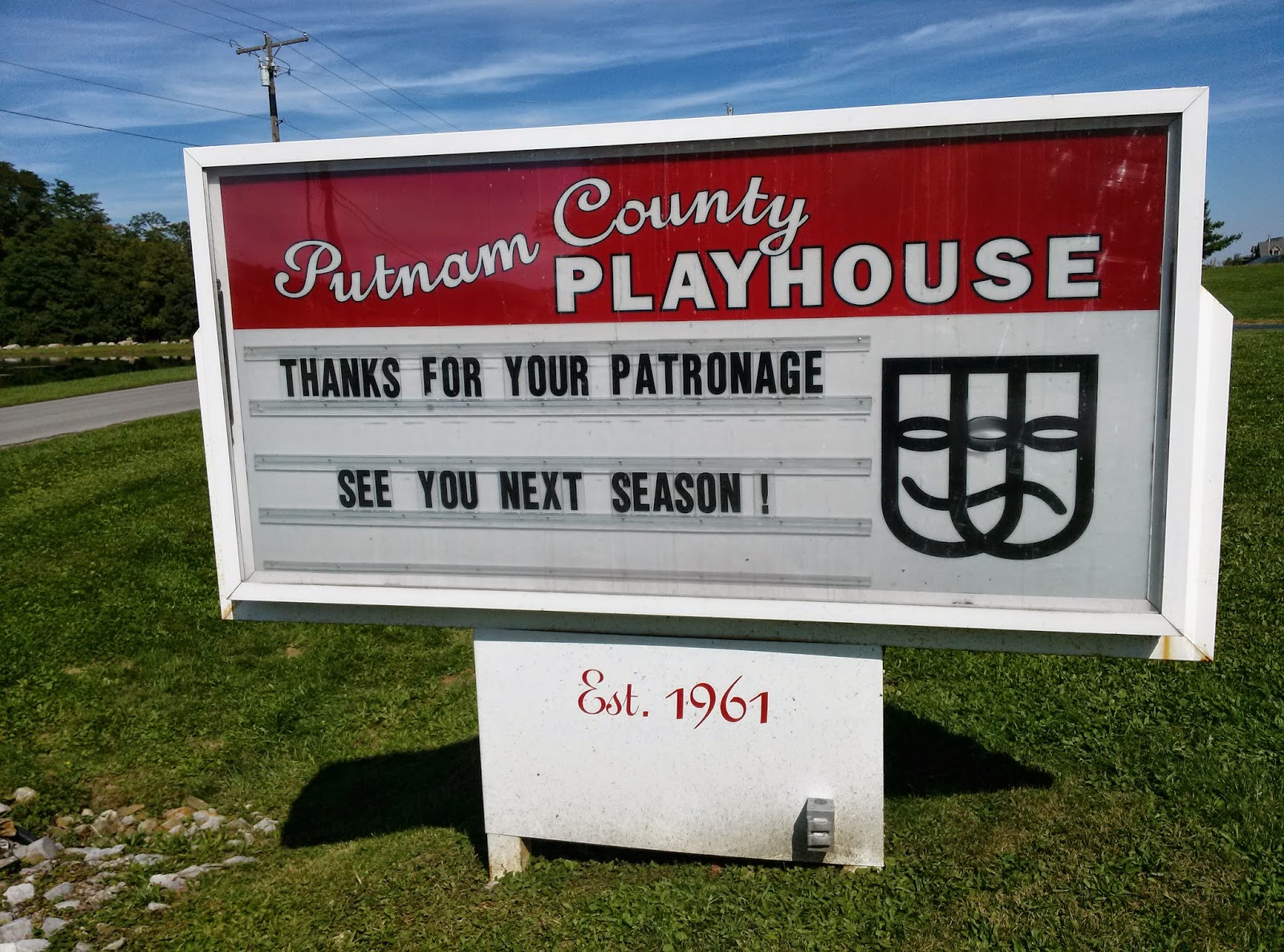 Special thanks to our corporate sponsors for 2014.

"The Man Who Came to Dinner" Is Still In the House!


The Man Who Came to Dinner ended its run on Saturday, September 20.

Almost Home Restaurant in Greencastle is sponsoring the closing show of our season, the comedy The Man Who Came to Dinner.

Any individual patron who brings in a program from the show will receive a 10% discount on his or her food order (does not include alcohol).
This promotion is good until December 31, 2014!


See the show – and enjoy an evening out!
Posted by Putnam County Playhouse at 10:25 AM 0 comments

The Man Who Came to Dinner
ended its run on Saturday,
September 20 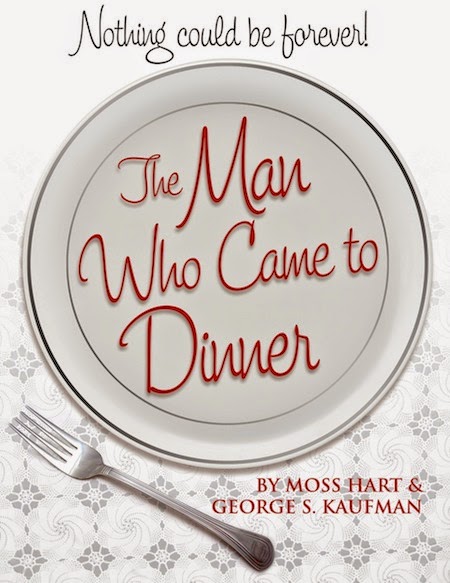 The 53rd season of Putnam County Playhouse will end with a production of The Man Who Came to Dinner by Moss Hart and George S. Kaufman. The comedy will be presented September 11-13 and September 17-20.

The production is being sponsored by Almost Home.

Ric McFadden is the director. He is being assisted by Sandi Rossok. Working on the technical side are Linda Gjesvold, set designer and Dustin Bond, lighting designer. Production stage manager is Madison King. Cecily Girton is running the light board. Meghan Armitage assisted with the light design. Craig Armitage is the sound technician.

Near Christmas time in 1939 Sheridan Whiteside, a popular radio commentator and critic, is stranded in an Ohio home after he falls on the front steps. He creates chaos by taking over the home and inviting all of his famous friends to visit. The part of Whiteside is played by Jim Rambo who has appeared in many PCPH productions. He directed recent productions of Don’t Drink the Water and Harvey. His performing credits includes roles in On Borrowed Time, The Curious Savage, and Pippin.

Ernest and Daisy Stanley, owners of the besieged home will be played by David Buttram and Katie Wallace. Both have appeared many times onstage. David was the lead in Death By Chocolate and Katie has appeared in such shows as I Remember Mama and Gypsy.

Lucas Eckrich and Chloe Maginity play the children of the household. Harriet Stanley, a lady with a secret, is played by Shelly McFadden who is also the costumer for the production.

Shelly directed The Drowsy Chaperone last season and has also appeared in many productions including Clue: The Musical and Man of La Mancha. Lucas and Chloe had leading roles in the YTW SHAKESPEARED! production last June.

Noelle Brown is making her PCPH debut in the role of Maggie Cutler, Whiteside’s secretary, who finds herself in a romantic triangle with a local newspaperman Bert Jefferson played by David Neeley, and famous stage star Lorraine Sheldon, played by Caroline Good. David was in The Wizard of Oz at PCPH in 2002, and is returning to our stage in this show. Caroline has been in many shows here including The Sound of Music, Blithe Spirit, and Angel Street (the last two opposite husband Tim).

The household servants are played by Dianna Baysinger (making her PCPH debut) and Michael McClaine. The local doctor is played by Jim Green. The long suffering nurse, Miss Preen, is played by Kathy Helms Arnold. Interested neighbors include Annie Weltz and Rossok.

Michael is currently the president of the Board of Directors of PCPH. He was last seen onstage as Elwood P. Dowd in Harvey. Kathy played Ouiser in Steel Magnolias in July.  Jim has been seen in The Music Man (Charlie Cowell) and See How They Run (among many other shows). Annie was in Guys & Dolls and Thoroughly Modern Millie. Sandi has been in many shows including On Borrowed Time and The Curious Savage.

Also in the cast are Dylan Bodnarick, Scott Armitage, Brad Williamson, and Gordon Arnold playing a variety of roles. Gordon is making his PCPH debut. Dylan was in Guys & Dolls last June. Brad has been seen in The Crucible, Mark of Cain, and Fiddler on the Roof. Scott most recently played Nathan Detroit in Guys & Dolls.

There is also a brief appearance by a children’s choir played by Mychaela Clar, Mia Rios, Alice Howard, Bailey Williams,  and Makayla Rogers. 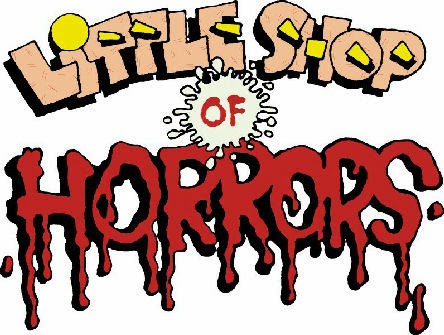 Click HERE to visit the photo album from
Little Shop of Horrors!