Director Caroline Good is holding an Audition Workshop for those interested in auditioning for the musical Annie.  It is scheduled for Saturday, March 17, from 10 a.m. to Noon.  The location is Kerr Theatre in the Green Center for the Performing Arts, DePauw University.

Caroline says that the workshop is specifically for those younger performers aged nine and up who may be auditioning for the show, but that teens and adults are welcome to attend. She is the creator-director of PCPH's Youth Theatre Workshop SHAKESPEARED!  Caroline has performed in many PCPH shows, most recently Curtains and Laughing Stock. She also co-directed the PCPH production of Little Women with husband Tim.

During the workshop, Caroline will discuss readings and how to handle a "cold audition" with a script.

Pianist Amy Tharp will be there to help those who might be unfamiliar with auditioning with an accompanist.  Singing guru Erik Foster will also be there to talk about vocalizing and singing as a soloist and in a group.  Amy and Erik worked on PCPH's Little Women.  Erik also did the vocal direction for Curtains last season.

Choreographer Sarah Bond will conduct a simulated dance audition.   Sarah has worked with PCPH on choreography for 1776, Curtains, and many other shows. She is currently working on the Community Theatre of Clay County production of the musical L'il Abner.

The workshop is free and attendance is not required to be considered for a role at the regular Annie auditions to be held on April 7 & 8 at 3 p.m.

The musical is being sponsored by Bittles & Hurt and Hopkins- Rector.

Click HERE and HERE to learn more about our sponsors. 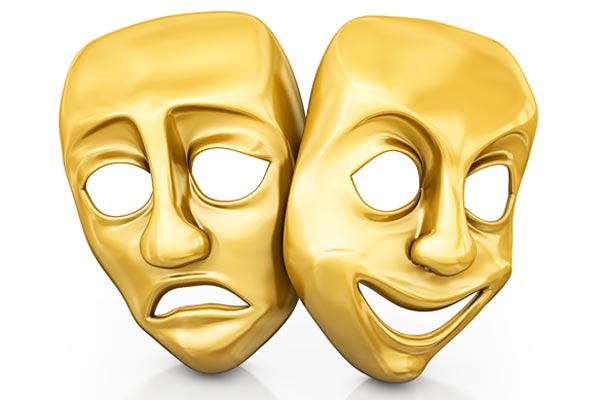 This summer will be our "Season of Hits" at Putnam County Playhouse. The program will include one of our most popular musicals, a musical new to PCPH, a production of the longest run play in theatrical history, and the return of a comedy classic!

The season will open in June with a production of the musical Annie.  It was previously produced by PCPH in 1984 (directed by Vickie Parker) and in 1998 (directed by Lita Sandy).

This Tony-winning musical tells the familiar story of the red-headed orphan and her search for her parents.  Our newest production will be directed by Caroline Good.  Auditions will be Saturday, April 7 and Sunday, April 8.  Times for the auditions are
3 p.m. each day.

July will bring the PCPH premiere of Agatha Christie's mystery The Mousetrap. The play was first produced in London in 1952, and it has been running continuously since. It is currently at the St. James Theatre in London.

The story concerns a group of people stranded by snow at a English country house who suddenly realize that there is a murderer in their midst.

In August, Disney's Beauty and the Beast will come to our stage for the first time. Based on the famous story, the tale as old as time features Belle, The Beast, and all of the characters from the popular animated film.

September will bring Neil Simon back to our stage in the form of one his earliest and most popular comedies. Barefoot in the Park has been produced by PCPH two times - in 1969 (directed by Shaun O'L. Higgins), in 2002 (directed by Bethany Bax).

It tells the romantic and lively story of newlyweds Paul and Corie Bratter as they begin their lives in walk up apartment in New York City.  They also have to deal with Corie's mother and the unconventional "man upstairs."

Season ticket information will be mailed in the late spring.  Individual tickets will NOT be on sale until the Annual Open House on Sunday, June 4.

Enrollment for both the YTW SHAKESPEARED! to be held June 18-29, and the Children's Theatre Workshop to be held July 23-27, will be in March.