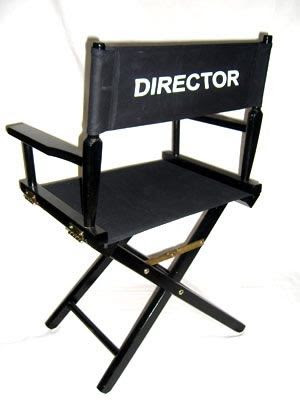 The Board of Directors is pleased to announce that the directors for the 2016 season of Putnam County Playhouse have been put in place. Each director will be responsible for bringing a production from page to stage at the Hazel Day Longden Theatre.

Tim Good will direct the season opener Little Women, The Musical.
It will be produced June 2-4 and June 8-11. First produced on Broadway in 2006, it has a book by Allan Knee, lyrics by Mindi Dickstein and music by Jason Howland.

There will be two sessions of auditions for the show. The first will be Sunday, April 3, at 3 p.m. The second will follow on Monday, April 4, at 7 p.m.

Tim most recently appeared at PCPH as Felix in the mystery-comedy The Game's Afoot. He has also appeared in Blithe Spirit and Angel Street. He directed the PCPH production of The Importance of Being Earnest.

Jack Randall Earles will direct On Golden Pond, the July production. It will be presented July 14-16 and July 20-23. The comedy-drama was written by Ernest Thompson. It was the basis for a popular movie starring Katharine Hepburn, Henry Fonda, and Jane Fonda.

This production is a revival of the Putnam County Playhouse production presented in 1995 (originally directed by Peggy Tennis). Because it is a revival, members of the original cast have been invited to reprise their roles. No auditions have been scheduled.

Shelly McFadden will direct the August production of 1776, a musical about the founding fathers and the drafting of the Declaration of Independence. It will be produced August 11-13 and August 17-20. The book of the musical is by Peter Stone with music and lyrics by Sherman Edwards.

Shelly directed 7 Brides for 7 Brothers last season. She also appeared as The Witch in Into the Woods. Some of her other PCPH directing credits are The Music Man, The Drowsy Chaperone, and Thoroughly Modern Millie. Shelly has appeared onstage in many shows including Arsenic & Old Lace, Man of La Mancha, and The 1940's Radio Hour.

The season closer Neil Simon's The Odd Couple Female Version will be directed by Andrew Ranck. It will be produced September 8-10 and September 14-17. One of Simon's most popular comedies, it was first produced by PCPH in 1991.

This will be Andrew's first directing assignment at PCPH. He has extensive experience at other theatres including award-winning productions at Buck Creek Players, Theatre on the Square, and Dramatic Club of Indianapolis. Andrew is a graduate of DePauw University where he was very active in theatre. Last season appeared in 7 Brides for 7 Brothers and as The Narrator in Into The Woods.

More information about all of the shows and workshops will be on the website soon.

Plan to join us for what looks to be one of our most exciting seasons!

We are rebuilding our Photo Albums, so they may be unavailable for viewing.  They will be back!!!!

Posted by Putnam County Playhouse at 11:54 AM 0 comments