Come To See "How They Run"

The 2012 season of Putnam County Playhouse closes with a production of the Philip King comedy See How They Run. Directed by Larry Sutton, the British farce will have performances September 13-15 and September 19-22.

Corporate sponsor for the show is Shuee & Sons Appliances. 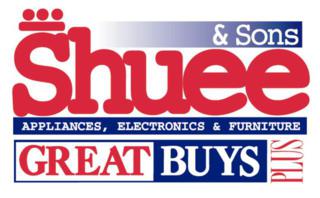 See How They Run is not just the title of the show, it’s a description of the action. It has all the elements of the classic farce including mistaken identities, fast-paced chases, and missing apparel. What happened to the Vicar’s pants? Why is the Bishop in his nightclothes? What did the maid do with the Corporal’s uniform? All these answers and more are hilariously revealed by the end of the evening.

The plot is put into motion by Penelope Toop (Caroline Good), the wife the local Vicar (Jack Randall Earles). When she decides to have an evening out with an old friend (Brad Sandy), everything goes wrong.


Good was most recently seen at PCPH as The Detective in Clue: The Musical. Earles was the director of The Curious Savage in July.  Brad Sandy performed last season in Camelot  as Mordred.

Howard appeared earlier this season in Thoroughly Modern Millie, as did Tincher. Green has done technical work all season, and Lita Sandy directed last year’s Cheaper By the Dozen. McClaine is returning to the PCPH stage this year, but has been seen in such past successes as The Prisoner of Second Avenue, The Cemetery Club, and Guys & Dolls.


Linda Gjesvold is assistant director and set designer for the production. Michael McClaine and Brenda McClaine are working on the technical side.

Director Sutton is a longtime PCPH participant. Most recently he directed The Glass Menagerie and appeared in All My Sons. Gjesvold has done set design for many productions at PCPH, including The Curious Savage and Thoroughly Modern Millie this year.
Posted by Putnam County Playhouse at 9:29 AM