During our 1987 season, we were still in the original space.  As you can see from this photo from the renovation a couple of seasons later in 1993, our backstage space was limited.  There was no shop and no fly space.  The door on the left was our 'stage door' leading to a small gathering space.  It got very crowded during performances of musicals when it rained! The framing shows where the shop would soon be, and where the fly space for the expanded backstage area would be. 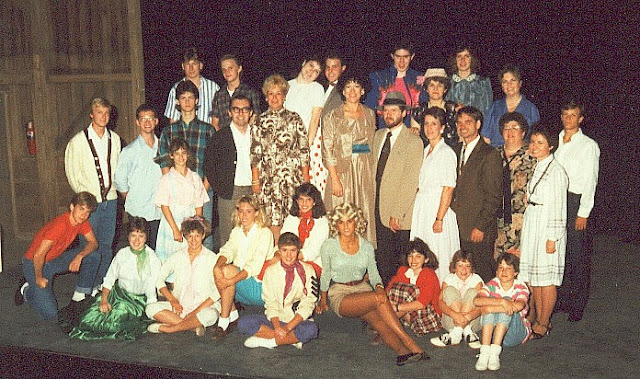 The season opened with a production of the rock and roll musical Bye Bye, Birdie!  It was directed by Jack Randall Earles with musical direction by Ann Cooper.  Leading roles were taken by Marc R. Adams and Sandi [Ulrey] Robles. Supporting roles were played by Francoise Coulant-Henderson, Bill Frisbie, and Ron Pitcock. 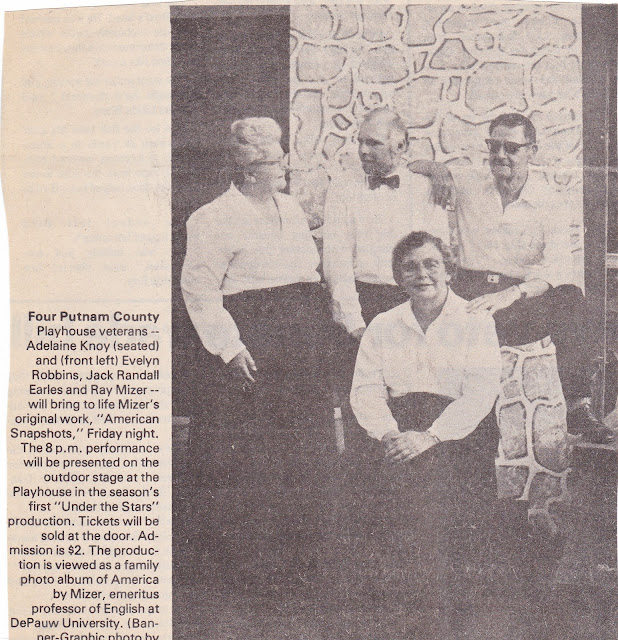 Our outdoor presentations under the title Playhouse Under the Stars were also presented in July, 1987.  The first production was American Snapshots written by PCPH veteran Ray Mizer. It was directed by Jack Randall Earles who appeared in the show with Mizer, Adeline Knoy, and Evelyn Robbins. 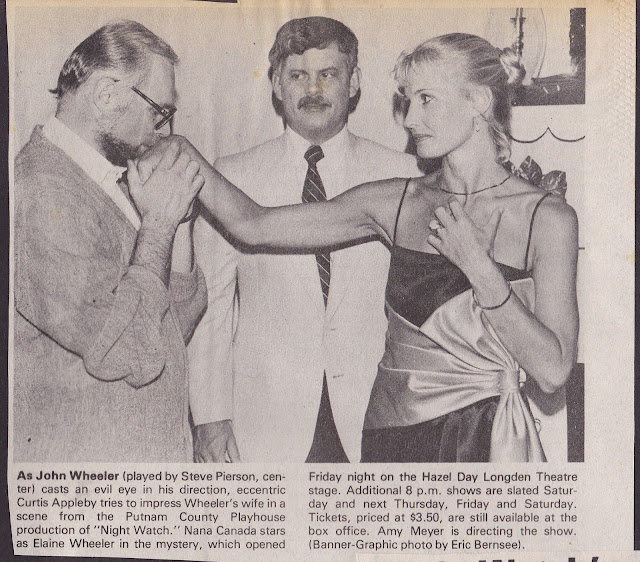 The program for this production has not been scanned. 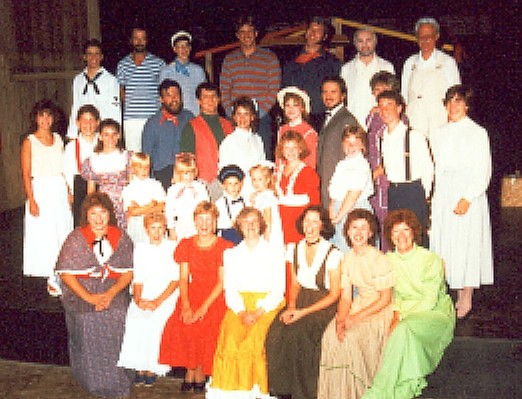 Our August production was the Rodgers & Hammerstein musical Carousel. It was directed by Jim Poor who also played The Starkeeper.  Vocal musical direction was by Geoff Price. Orchestra conductor was Bob Hedge. 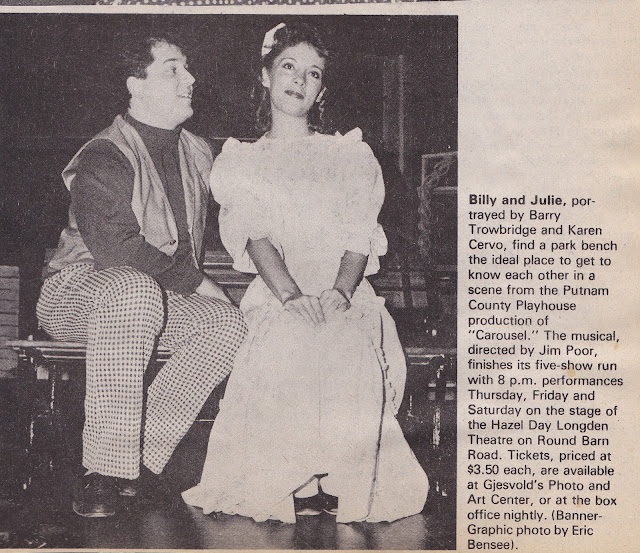 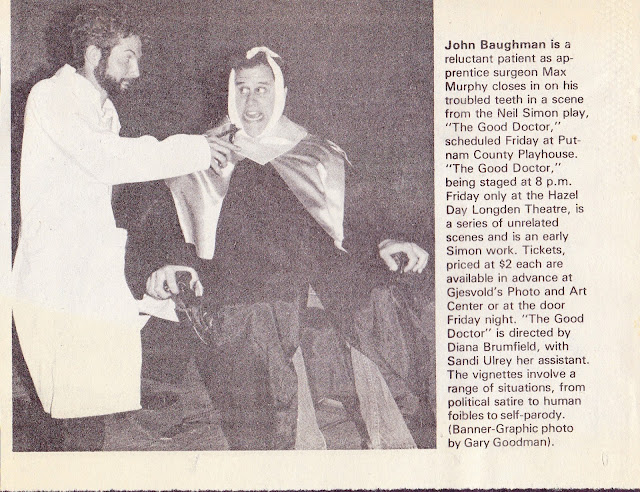 The second Playhouse Under the Stars production was Neil Simon's The Good Doctor.  It was directed by Diana Brumfield.  Leading roles were taken by John C. Baughman, Max Murphy, Alan Small, and Vickie Parker. 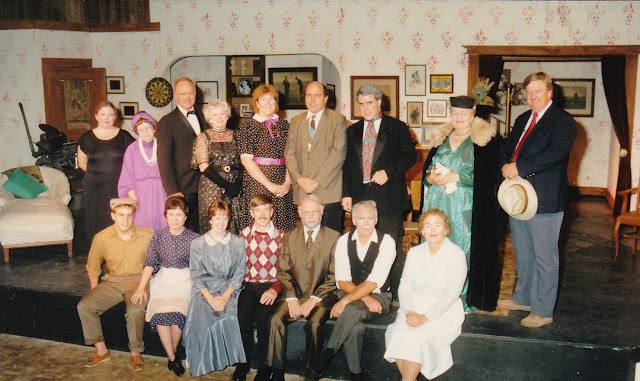 This was our 26th season.  President of our board was Linda Gjesvold.  Vice presidents were Vickie Parker and Bob Hedge, with Sallee Bartlett as secretary and Don Holley as treasurer.