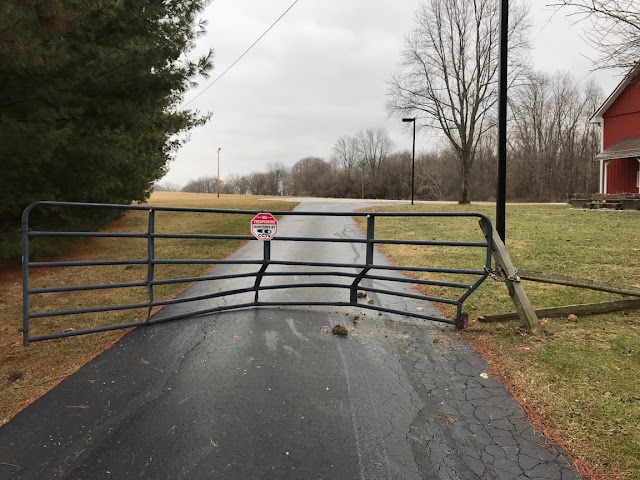 On Tuesday morning, January 23, at 2:04 a.m. a Putnam County driver got the surprise of his life.  On a clandestine trip back to the property for reasons of his own, he encountered our locked gate. Perhaps he didn't realize that season tickets are not on sale yet - or he wanted to check on the condition of the lawn - or..........???

The damage pictured above seems to show that he was traveling at a fairly good speed in his mid-size pick-up truck. 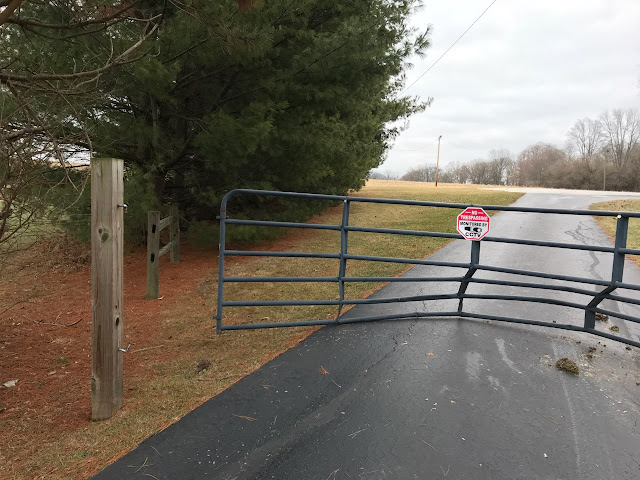 The gate itself was pulled off its hinges on the post on the left. 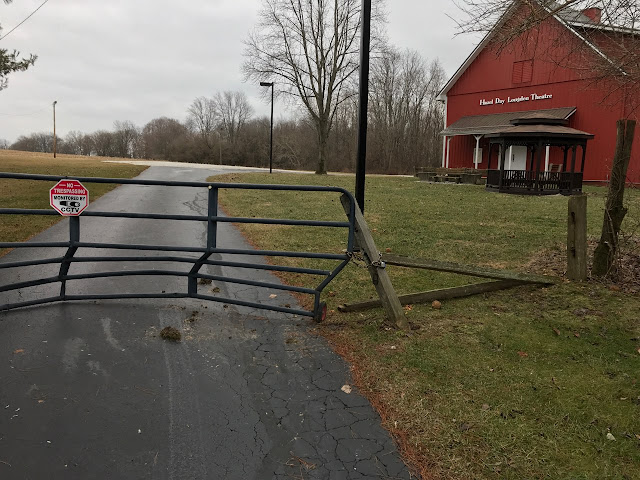 The post on the right was nearly pulled out of the ground, and the two rails were broken.  Soon after encountering the gate, the driver changed his mind about whatever he was trespassing on our property to do, turned around and fled. 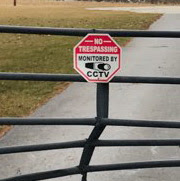 The carnage was discovered later that same morning by Board Member Shelly McFadden.  Board Member and Second Vice-President of the Board Dustin Bond scanned the digital evidence collected by the CCTV system that has been installed to protect PCPH from just such crimes.

The cost for fixing the damage was $335.  The video evidence was turned over to the local police department. 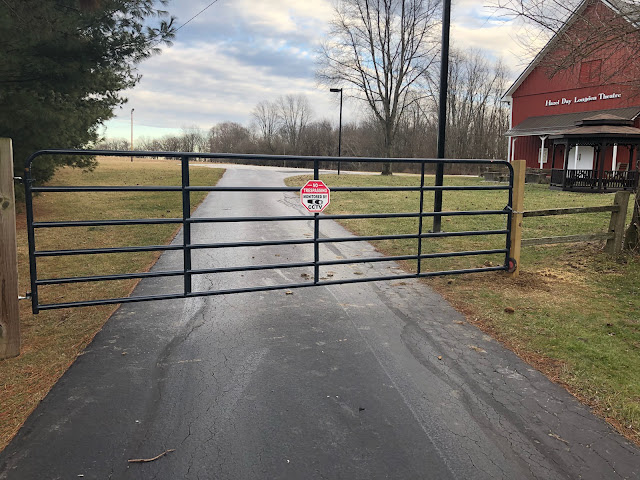 A check for this amount, or an "anonymous" donation for the repair from someone with a lot of hood damage would be appreciated.

And just a reminder - this is private property. When there is NO official Putnam County Playhouse activity going on, no one is allowed on the premises.  No dog walking, no jogging, no looking for Pokemon Go creatures, and no hand holding should be going on.