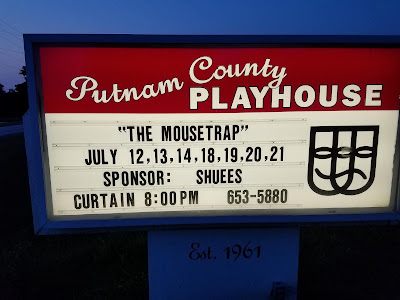 Our Season of Hits continues in July with a production of the mystery-thriller The Mousetrap by Agatha Christie. It will be produced July 12-14 and July 18-21. Tickets go on sale July 9. The box office will open at 5 p.m. that day.

The show is sponsored by Shuee's.

The Mousetrap began its journey as a short radio play. Writer Christie then adapted it for the stage. It opened in London at the Ambassadors Theatre on November 25, 1952, after a short pre-West End tour of English cities. It transferred to the St. Martins Theatre in 1974 where it has been running since. This is its first production by PCPH.

The play is being directed by T.J. Tincher, who is making his PCPH directorial debut with this production.  The show has been in rehearsal since May 9th and recently moved onto the stage in the Hazel Day Longden Theatre.

The cast includes Cameron Wunderlich as the mysterious Sgt. Trotter, who shows up at Monkswell Manor looking for an elusive killer. The guest house/inn is run by a young married couple, Mollie and Giles Ralston, who are played by Anna Harris and David Lorimer.


Other guests who quickly become suspects for Trotter include Dustin Boothby as Christopher Wren, an eccentric young man who may or may not be an escaped patient from a local asylum, and Cheyenne "Sky" Welch as Miss Casewell who figures prominently in the case.


Also on hand are Kathy Helms Arnold as Mrs. Boyle, a fussy woman with a secret; Jay Prewitt as Mr. Paravacini, the unexpected guest; and Jack Randall Earles as Major Metcalf, a retired military man with a job to do.


Secrets are revealed and everyone is a suspect in the recent murder of a woman in London as Sgt. Trotter closes in on the real killer. The demise of one of the characters makes the situation even more tense as the audience realizes everyone is in danger and ANYONE could be the elusive "Three Blind Mice" killer.


Set design is by Linda Gjesvold and costumes are by Shelly Green McFadden.


We hope to see you when The Mousetrap springs in July. Giles Ralston is saving a seat for YOU! 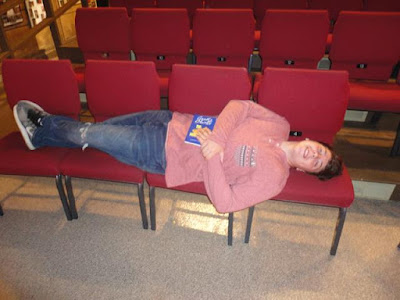 Posted by Putnam County Playhouse at 11:51 AM