THE MOUSETRAP HAS ENDED ITS RUN!

The unlikely suspects above are featured in the July production as the Putnam County Playhouse Season of Hits continues. One of these characters is a serial killer, another will become a victim.

The production is sponsored by:

The play is directed by TJ Tincher, an actor who has been in many plays at PCPH including last season's The Foreigner. This is his directorial debut here.

Also working on the technical side are Bryan Schroeder as Techical Director and Sound Designer, Noah D. Pettit as Production Stage Manager, DarvËll Barger as sound operator, and Ohenaba Quarshie as light operator.


The show features Anna Harris and David Lorimer as a young couple (Mollie and Giles Ralston) who open a small hotel about 30 miles outside London.

Nothing is quite what it seems, and when one of the guests is murdered, Sgt. Trotter has his hands full investigating the twists and turns of the evening.  See if you can figure it out before he does! 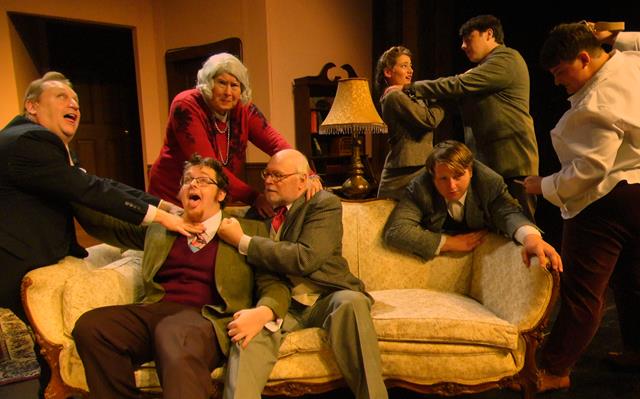 Posted by Putnam County Playhouse at 7:31 AM