At 2 p.m. on Sunday, October 14, PCPH President Michael McClaine welcomed current board members and guests to the annual meeting of the minds. Guests present including longtime ticket holders Marie Neese and Phyllis Smith.


Committee Chairpersons presented their reports on their activities for the year 2018.  Treasurer Mark Hammer presented the financial report and Drew Brattain presented the report on finance and fundraising.


Linda Gjesvold gave the ticket report which included near record attendance and ticket sales for the Season Of Hits.


Shelly McFadden gave the program committee report on the Season of Hits. She also spoke briefly about the 2019 season - Love Conquers All.  Shelly mentioned that anyone wishing to direct a show in 2019, should contact her for details about submitting their proposal. Directing proposals are due by November 14.

The fourth nominee Brian Cox (nominated as The Telephone Man in Barefoot in the Park) was unable to attend.

And the winner was:

BRIAN COX from
BAREFOOT IN THE PARK 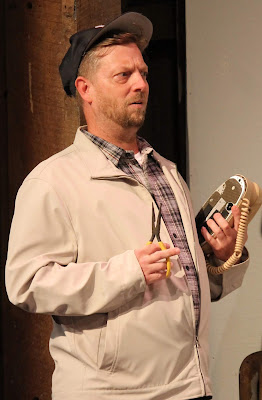 The reaction was as to be expected:

Three additional board members were added to the roster.  They are Kim Hinkle Brattain, Anna B. Harris, and Peggy McClaine.

We also bid a fond farewell to longtime board member Jim Green who is moving from the area. We appreciate all of his hard work over the years that he has been with us, and we will miss him.

Since Brian was not there to accept his Upstage Award, Sandi Rossok made arrangements to deliver it to him.....if it can be found. 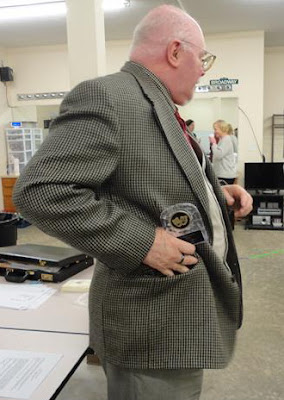