SHAKESPEARED!! TURNS BACK THE CLOCK.. 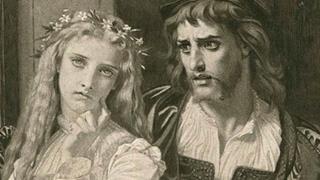 Back in the Bard’s day, the Globe Theater produced his plays in an outdoor setting.  Following that example, in this time of pandemic,  the Putnam County Playhouse Youth Theatre Workshop productions of Shakespeare’s Hamlet will take place in the Bandshell at Robe-Ann Park instead of at the Hazel Day Longden Theatre.  The Globe Theater comes alive again in Greencastle.

The Globe Theater in London, England, as it looks today.

Participants and instructors followed state mandated rules for social distancing and other precautions during the two weeks of the workshop.  Smaller groups were involved in the rehearsals and cleaning and mask protocols were observed throughout the process. 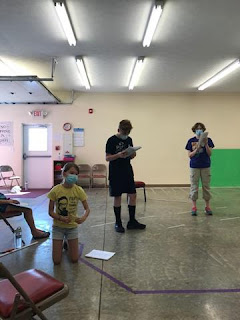 The middle school version of the play, Hamlet In Halves, will feature two casts. It will be presented Friday evening, July 17, at 7 p.m.  The high school version, Spamlet, will be presented at the park on Saturday, July 18, beginning at 7 p.m. Audiences are asked to observe social distancing  and to bring their own seating – lawn chairs or blankets for the grassy area in front of the stage. The rain date for both productions is Sunday, July 19, at 7 p.m. 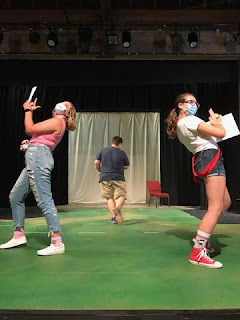 Both events are free.

SHAKESPEARED! is sponsored this year by First National Bank. 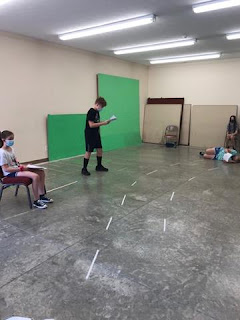 On Friday evening, up first is Hamlet in Halves I.  Directed by Beth Bax who is also the Narrator, it features Leo Brown in the title role and Charlotte Brown as Ophelia. Featured performers include Evie Green, Susanna Akinwole, and Olivia Stierwalt.  Others taking roles include Grayson Linneweber, Josie Cox, Madilyn Hiatt, and Katie Funk.  PCPH veteran thespian Eleanor Howard is making a guest appearance as Polonius. 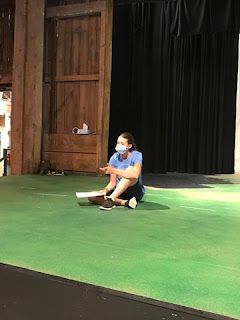 The cast for Hamlet in Halves 2 is directed by Craig Robinson.  Taking the title role in this cast is Gunner Roach with Maggie Cooper as Ophelia and the Narrator.  Audiences will also see Evie Brown, Lily Green, Ella Tischer, and Molly Boswell.  Featured parts are played by Rowan O’Bannon, Clara Everett, and Penny Cummings. 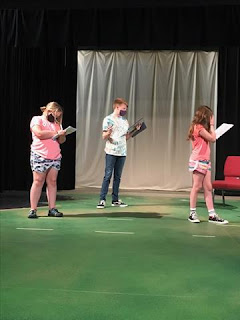 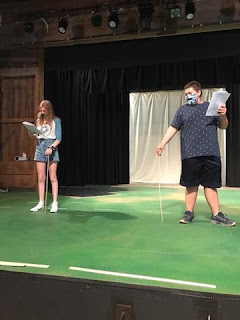 Special thanks are extended to the Putnam County Foundation, Arts-Illiana, Discover Putnam County, and the Greencastle Parks & Recreation Department. 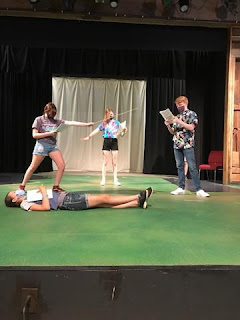 Technical support for both evenings provided by Castle Sound.