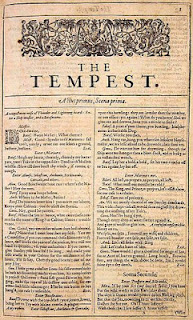 The Shakepeared! production of The Tempest will be Saturday, June 30, at 7 p.m.

First up will be the middle school group directed by Alisa Isaacs-Bailey. Featured in this version of The Tempest are Hannah Williams, Chloe Bodnarick, Djasi Falcon, Addison Hughes, Joe Hettinger, and Ben Gellman.

Assistant Director for this group is Bethany Bax.  Working on the technical side are Lauren Good, Jacob Bax, and Cecily Bax.

After a fifteen-minute intermission, the high school group directed by Caroline Good (who adapted both scripts from Shakespeare's text) will take the stage with Tempest in Paradise. Actors in this group include Ethan Gill, Dominique Lafontant, Hannah Gellman, Logan Beck, Cody Warren, Joe Pejril, Lukas Eckrich, and Dylan Bodnarick.

Assistant Director for the second group is TJ Tincher. Choreography is by Heather Owens. Technical assistance is by Lauren Good and Jessica Maginity. Island Jewelry is by Jessica Masner. 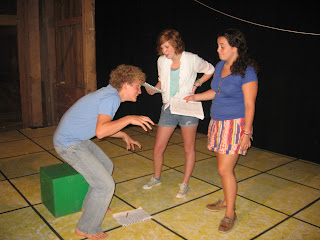 
Posted by Putnam County Playhouse at 8:46 AM